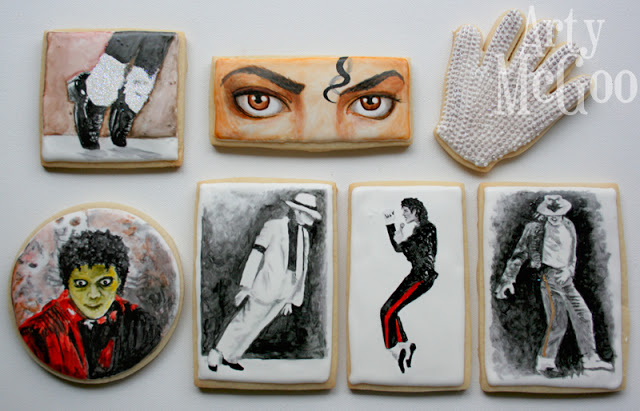 I tried to get creative with the title, I really did, but it just wasn’t coming to me.  So instead you get the most boring title ever.  Mr. John thought “You’ve been hit by a smooth cookier” was a good idea.  😀  If you have any ideas for optional titles, I’d love to hear them.

Unless I get crazy and decide to pull out some New Years cookies, I think these are the last cookies of 2011.  I made these for a lady who makes me watch scary movies, who orders thai food for me at restaurants, and who is basically an incredible person (even though she’s never eaten one of my cookies because she doesn’t eat wheat); Angela.  Her co-worker was promoted so she had me make some cookies for him of things he loves.  She told me two things:  Michael & Jackson.

Actually she told me Michael Jackson and Dallas Cowboys, but I don’t want to promote the Cowboys in any way 😀  In fact, I’m going to go cross out all the references above about said football team.  Against my better judgement I made those blue atrocities and sent them on their way.  ahem… back to the cookies at hand:

I was singing Michael’s songs the whole time I was painting these cookies and I did a pretty mean moonwalk in the kitchen as I boxed these babies up.  I also couldn’t resist doing this: 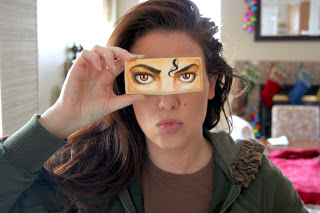 and I will leave with you that disturbing image.