Arty: Chris Flipping Taylor is one of the few, one of the proud, male cookie decorators in our cookiesphere.  So his real middle name is not flipping, but Chris Flipping Taylor! is what I usually utter whilst scrolling through his instagram feed looking at all his beautiful culinary creations.  His cookie designs are crazy creative and don’t get me started on his pies.  They are works of art!  And because I’ve had the chance to hang out with this wonderful man on several occasions, I know that he makes me laugh hysterically with his wit and humor.  Did you know we also hung out with KISS together?  But that’s another story.

My friend Chris. To know him is to love him!

I live in Atlanta, Georgia now, but before I moved to the ATL, I lived in Pittsburgh, Pennsylvania. In Pittsburgh, I was working hard on finishing my graduate degree. I discovered baking as a way to escape and relax from the mountains of work I had. I turned procrastibaking into an art! In fact, with my baking, I became the go-to guy for baking birthday cakes and other goodies in the office where I worked. As I learned more about baking, I also discovered decorating cookies. 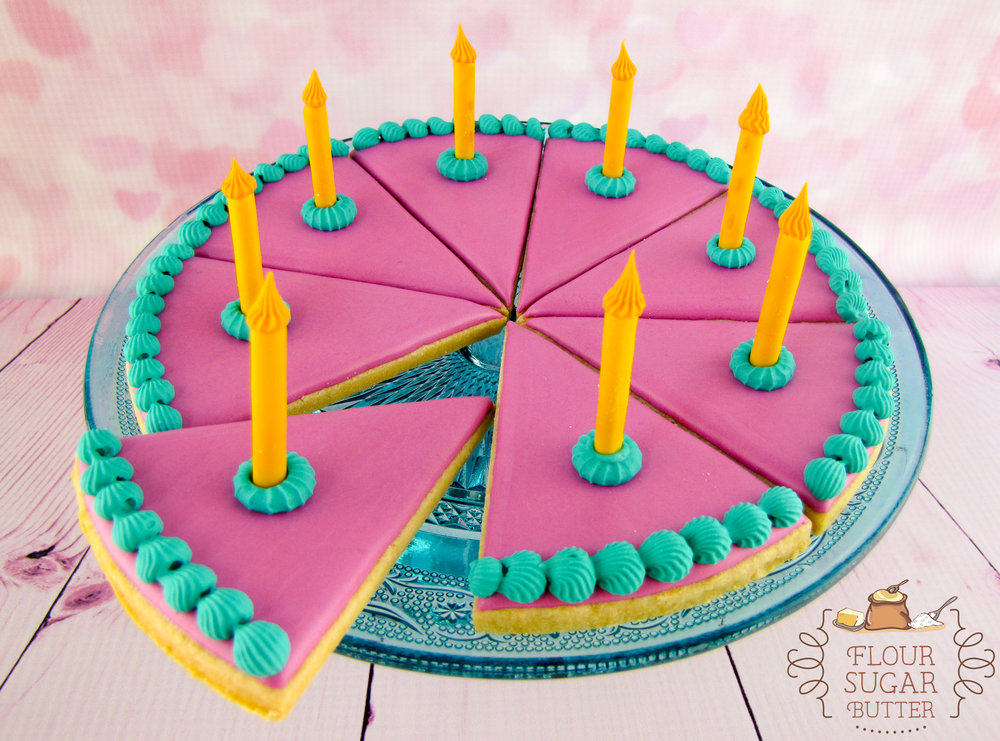 I didn’t do a lot of cookie decorating while I was still in school, and I certainly didn’t do it well. Eight years ago, when I moved south, I really started taking up decorating cookies as a hobby. Like most cookie decorators, I didn’t go to culinary school, but rather I learned by following blogs and watching online video tutorials (including Arty McGoo, of course!).

I love making cookies, and I always share them with my friends and co-workers. Like many cookie makers, I’ve turned down a lot of requests over the years to bake for friends’ events. Without a commercial kitchen, it is against the law to sell food in Georgia (in most states, actually). 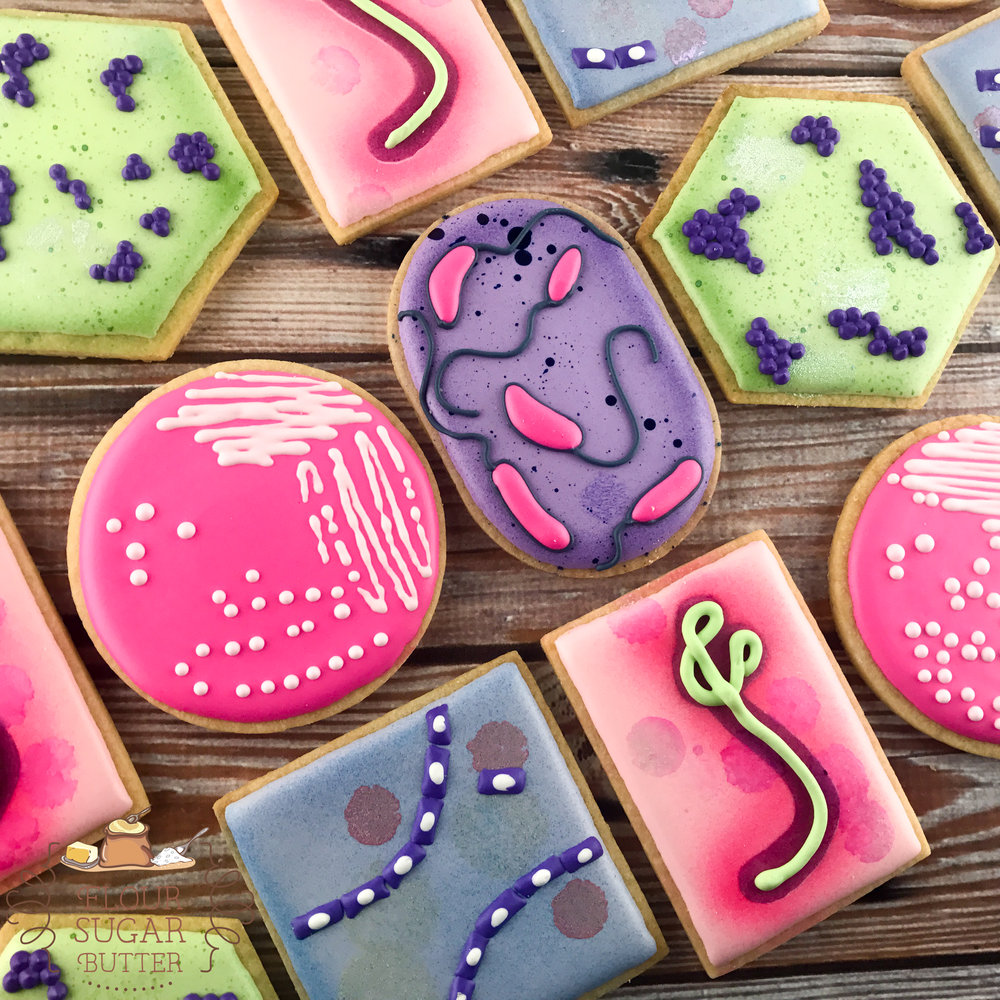 Pathogen cookies that Chris made for a friend’s retirement party.

Georgia has cottage food regulations that allow home-based bakers to make and sell their wares, including decorated cookies, from their home kitchens.  However, foods that require refrigeration, like cheesecakes, cream pies, and cakes with Swiss meringue buttercream (our favorite!) are not allowed.  After much research, we made the decision to build a commercial kitchen in the basement of our home.  This would allow us to bake cakes, cookies, and pies for sale in the same way any bakery would but without a retail storefront. With both of us working full-time, this was a great fit for us. We could take orders and bake as we needed without having to worry about opening and closing times and throwing out stale food that didn’t sell that day (seriously—some traditional retail bakeries toss a TON of food every day because it stales so quickly).

Renovating the basement was an adventure!  Learning all of the requirements for commercial kitchens was very important so we could assist our contractor in what we would need and where it would go in the setup we designed. A heat exhaust hood, three-compartment sink, and a mop sink, among other things, would all be required to pass inspection.  While the construction part was not terribly fun, buying new baking equipment was!  To furnish the space, we needed a new oven, refrigerator, and freezer.

We’re fortunate in Atlanta to have several restaurant supply stores, most of which sell equipment to the public. Check to see if you have one in your area—the prices are usually much cheaper for equipment like cutting boards, mixing bowls, spatulas, and cookie dough scoops than what we find at department stores or even Amazon.

After everything was in place, we were able to request an inspection. Fortunately, we passed with flying colors. After the inspection, we got our business license and tax certificate from the county. Everything was in place, and we were so close to opening! Have the orders started rolling in yet?  Well, no.  Why not?  Well, in the midst of renovations, we signed a contract to write a cookbook!

While I love decorating cookies, I am also an avid pie baker. In 2017, I won the “Best of Show” award at the National Pie Championships. As a result, my husband and fellow pie baker, Paul, and I were written up in the New York Times. After the article was published, we were contacted by a few publishers and literary agents asking if we had ever considered writing a cookbook. After working with an agent, we submitted a book proposal and ultimately signed a contract with Clarkson Potter, an imprint of the Crown Publishing group within Penguin Random House. We put the bakery on hold while we worked to develop, test, refine, and write our pie cookbook! It’s been a lot of hard work, but as of today, our draft is submitted and we are going through the editing process, and it’s coming along very nicely.

The New Pie, due for release in March 2019, is a pie cookbook, but it might include some of my favorite cookie techniques, too. Maybe royal icing might make an appearance. We might airbrush something. Maybe a stencil, or two?

The Ides of October